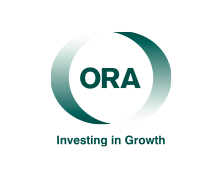 Richard Griffiths is a director of Blake Holdings Limited and is also the chairman of Sarossa Plc. Richard has had a long career founding, running, investing in and advising growth companies. Previously, he was founder and executive chairman of The Evolution Group Plc, a diversified financial group, taking it from start up to FTSE 250 membership within 5 years.

Richard subsequently went on to become founder and chairman of ORA Capital Partners Plc in 2006 and later distributed the company's profits and assets back to shareholders in 2013, before setting up ORA Limited in Jersey in 2014.

In addition, Richard has been a venture or strategic investor in many successful private and listed UK and International companies.

Michael has spent most of his 40 year career in a variety of finance director roles where he has been involved in the strategic evaluation and commercial implementation of a broad range of business initiatives, including acquisitions, disposals and company restructurings.

Michael joined ORA Capital Partners Plc in 2006 as Finance Director. He is the Chief Executive Officer of the investment company Sarossa Plc, and is Chairman of AIM listed Adams Plc. In addition Michael has been a director of seven other AIM quoted companies during the last ten years.

Michael has a degree in Economics from Leeds University and is a member of the Institute of Chartered Accountants in England and Wales. His early career included working as an accountant and manager with PriceWaterhouse for seven years in London and the Middle East.

Following university James gained his professional accountancy qualification and went on to join Grant Thornton and then PwC, working in both the UK and overseas. James later moved into a commercial role in the private equity sector before joining Ora Limited as financial controller in 2014. James has significant experience across a diverse range of business sectors and markets, ranging from small private clients to full list Plc’s. James currently acts as the ORA company secretary.

James is a chartered accountant and member of the Institute of Chartered Accountants in England and Wales.